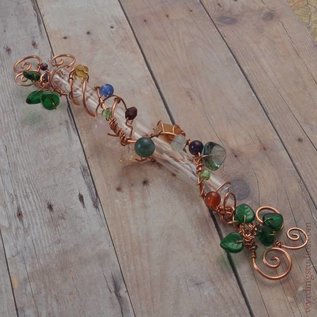 Copper wire spirals around a clear glass tube, accented with glass leaves and flowers, carnelian, moss agate, amethyst, aquamarine, rose quartz, garnet, and assorted glass beads. Hang it in your doorframe using small nails into the center of one of the spirals at either end.